On this project, I was tasked with designing the character of “The Babadook” and ultimately creating an illustrated pop-up book for the film. Collaborating with director Jennifer Kent and conceptualizing her vision of the book was an exciting privilege. Finding the right mood for the illustrative style proved to be its own endeavour. “The Babadook” is a dark manifestation of repressed human emotions. It was important for Jen to make sure there were two layers to the character. Mister Babadook is a monster playing at being human. Along with his costume, he wears a mask with a fixed expression, a misguided approximation of what it thinks a man is. I had to keep the simple, graphic aesthetic of a children’s book while subverting the images with the unsettling evil presence of the monster lurking beneath it’s pages. It had to look hand made, delicately crafted but not unskilled. I began the book in Sydney and finished up at the Adelaide studio, in South Australia. The building, which to everyone’s amusement, is a former insane asylum.

Many itterations of the creature were sketched before finding a Babadook Jen and I were sufficiently disturbed with. Having a character we loved made designing the layout of the pages, heaps of joy. Keeping in mind that the Pop-up book was going to be filmed, the compositions had to support the storytelling. Each page was singlehandedly crafted and painted. With the illustrations coming together on one front, the difficult paper engineering was happening simultaneously on another. The pop-up aspect of the book had it’s technical challenge and had to work seamlessly in the context of the story. Subtle movements in the opening pages were chosen, not wanting to distract the audience and over complicating the pop-up elements. However, as the true nature of “The Babadook” emerges, more volumetric pop-up designs were utilized. As these parts of the book were being crafted, I payed special attention to the possible cinematic needs of the director when filming the actual prop. After two and a half months of labor and love poured into this creation, I handed off the hero books destined to make their way onto the big screen.

It was an amazing experience in Australia working beside the most dedicated and passionate people who brought this film to life. It was a dream that someday, somehow, this book would be published. I am delighted to say that this is a reality! Jen and I are teaming up again to put together a finished version of this work of art. Don’t forget to order a copy of your own. 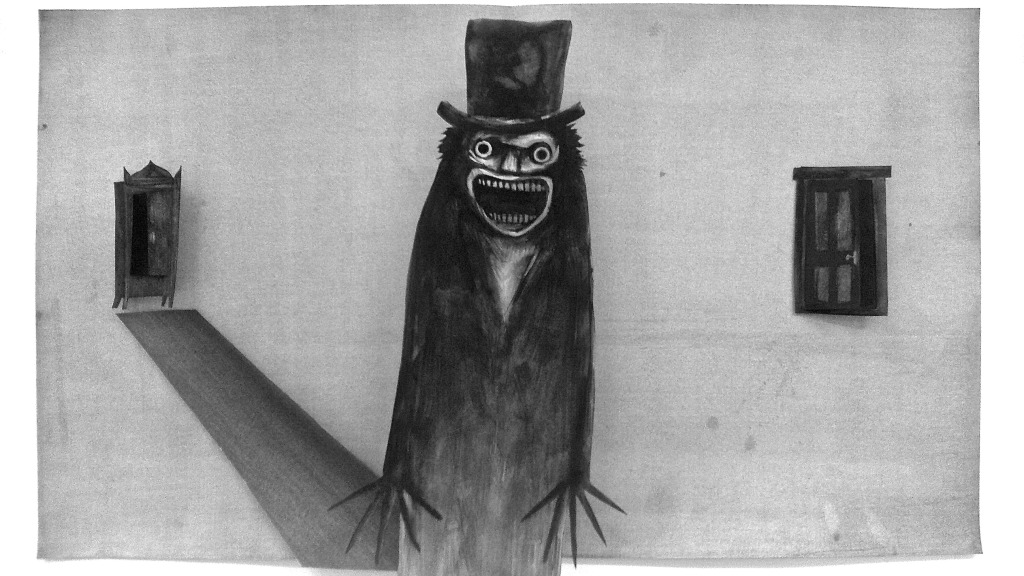